DISTURBING AND PRESSURE (Session One) 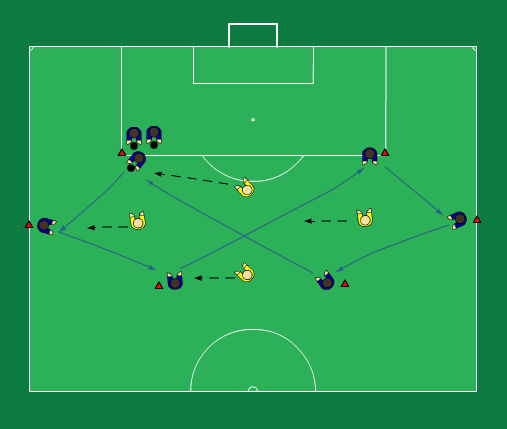 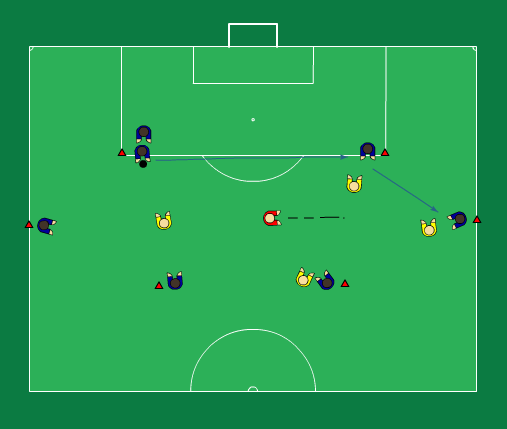 To bring the defending aspect of the practice to life, place 4 players inside the area and in the defensive shape you would like your team to press. Players on the outside start the pattern as shown and follow their pass whilst the players in the middle passively defend and adjust according to the movement and position of the ball. Swap the passive defenders every 2 mins. Consider increasing the resistance (as seen in Variation 2) by choosing moments for the defending team to go ‘live’ and active defend to win the ball. Add a spare player in midfield to add another option for players on the outside to pass to. At this point there should be no set pattern although the ball should be moving in either a clockwise or anti-clockwise direction. 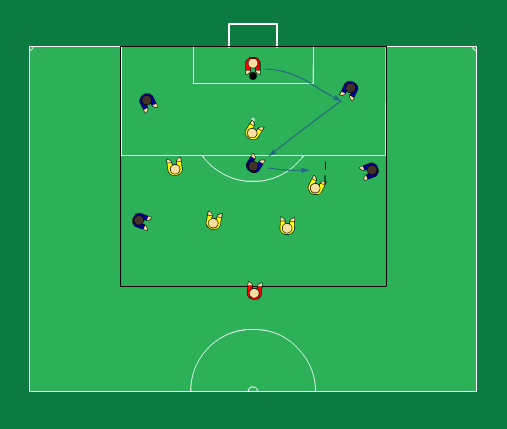 The ball starts with the goal keeper with the team building up looking to score by playing into the bouncer at the top of the area. The defending team upon winning the ball should look to score in the goals past the goalkeeper. Upon every start or re-start the defending team should look to get into their defensive structure offering them the best chance to win the ball. Consider adjusting the size of the area or number of players to make it an appropriate level of resistance. 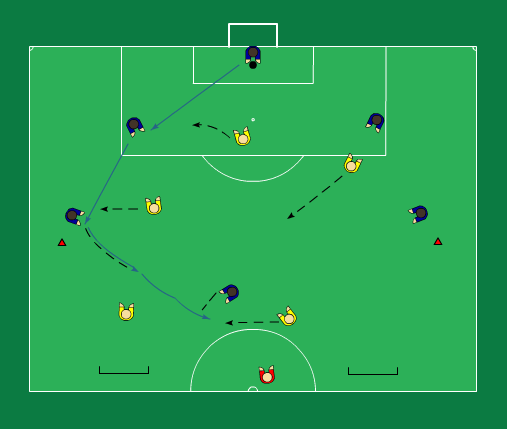 The ball starts and re-starts from the goal keeper to allow the yellow team more opportunity to practice their defensive organisation and pressing. The yellow team score in the big goal, the team building up score into the small goals on the half-way line. Both teams shape in or out of possession will need to be managed to ensure there is a good level of resistance ensuring better learning outcomes. 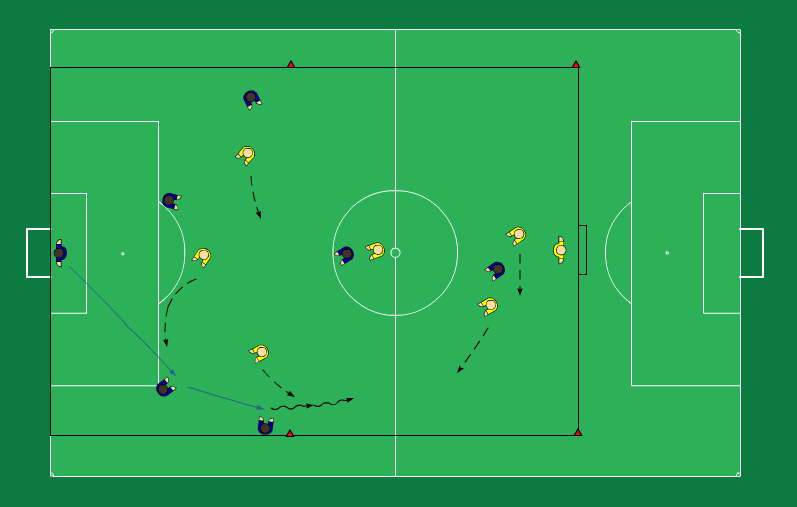 2 even teams look to score in the goals at either end. You should now start to see key behaviours and actions of players being executed that clearly link to the session objective and how your team will set up when the opposition build up in future games.