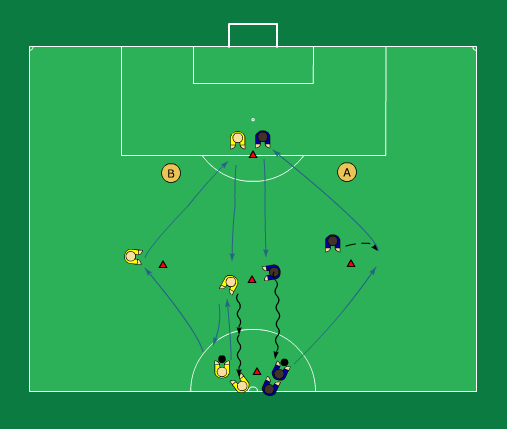 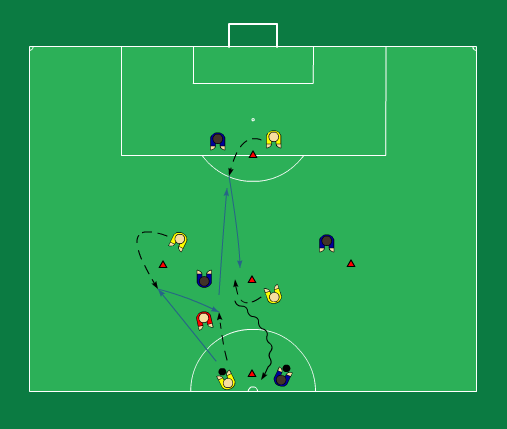 Variation 1 - Play starts with the player at the top cone. Play follows the pattern with the ball being dribbled back by the player receiving in the middle. Both sides can be going at the same time with players crossing over after returning to the top cone ensuring both sides of the body are being trained.

Variation 2 - As per variation 1, although the middle player is initially played who then bounces the ball back.

Consider adding a passive or active defender and allowing the players to come up with their own patterns/variations ‘on the run’ to encourage more decision making and creativity. 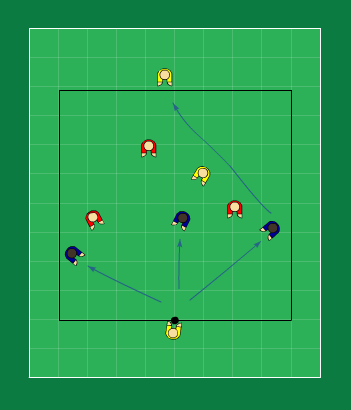 Players look to play forward to their team’s free player (bouncer) on the outside. Play continues and the team in possession look to score at the other end again. Encourage players to find similar solutions to those explored in the Passing Practice where good body position, ball movement and technical actions are required.

Teams should look to offer the player on the ball an option Left-Right-Middle-Far. 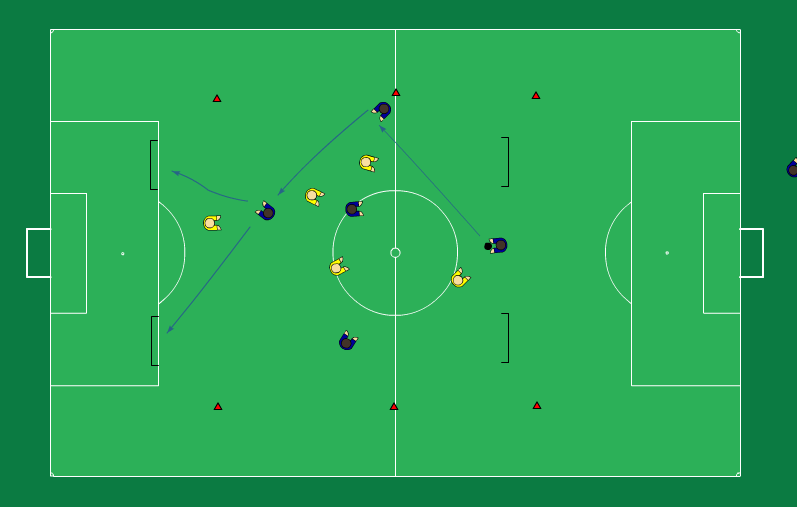 Organise 2 teams in place them in positions that may resemble the shape/structure of teams in central/midfield areas. Teams should look to score in the 2 goals positioned at either end. Ensure that the defending team is offering realistic pressure and resistance by managing their defensive positions. Continue to add to the coaching points or principles you have established in the first 2 components of the session to continue the chain of learning. Consider adjusting the rules/constraints to increase or decrease resistance on the team in possession. 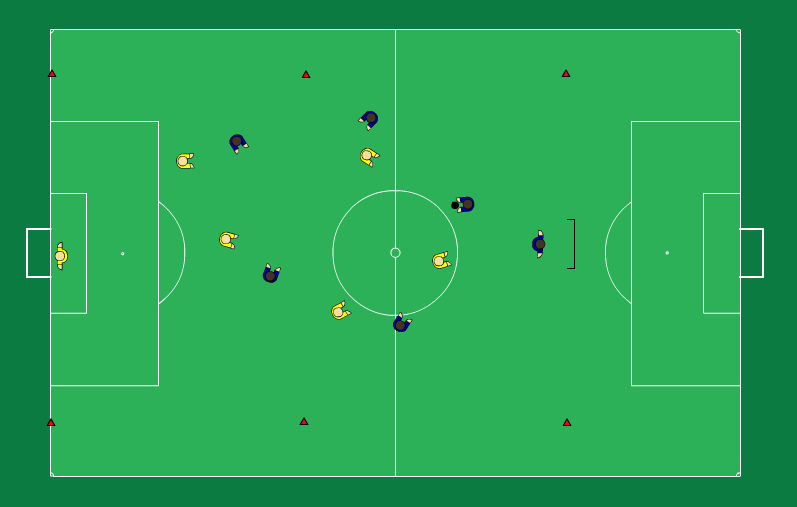 Organise 2 teams and play a match with no interventions during game play. This is a good opportunity to observe if key behaviours you have worked on throughout the session are coming to life in a ‘real game’. Look to offer praise and encouragement for good play linked to your session theme.