A fun-first approach to football proved to be an immensely popular facet of the FFA's recent coaching clinics for kids held throughout remote areas of the Northern Territory.

On his travels Grima showcased the FFA's Skill Acquisition Phase Game-Intervention-Game (SAP GIG) coaching methodology which aims to put fun first in training sessions for all Australian girls and boys aged 9-12 who have a passion and interest to play football.

Grima says the national roadshow of footballing clinics - which he's operated since July 2018 - took a trip through the Northern Territory to ensure children all around the nation were receiving ample exposure to fun-filled football experiences.

"We’ve been doing the national roadshow since July 2018," Grima said.

"The reason we picked Darwin, Woolianna and Alice Springs was to cater for Football Federation Northern Territory.

"We cater for the needs of the member federations." 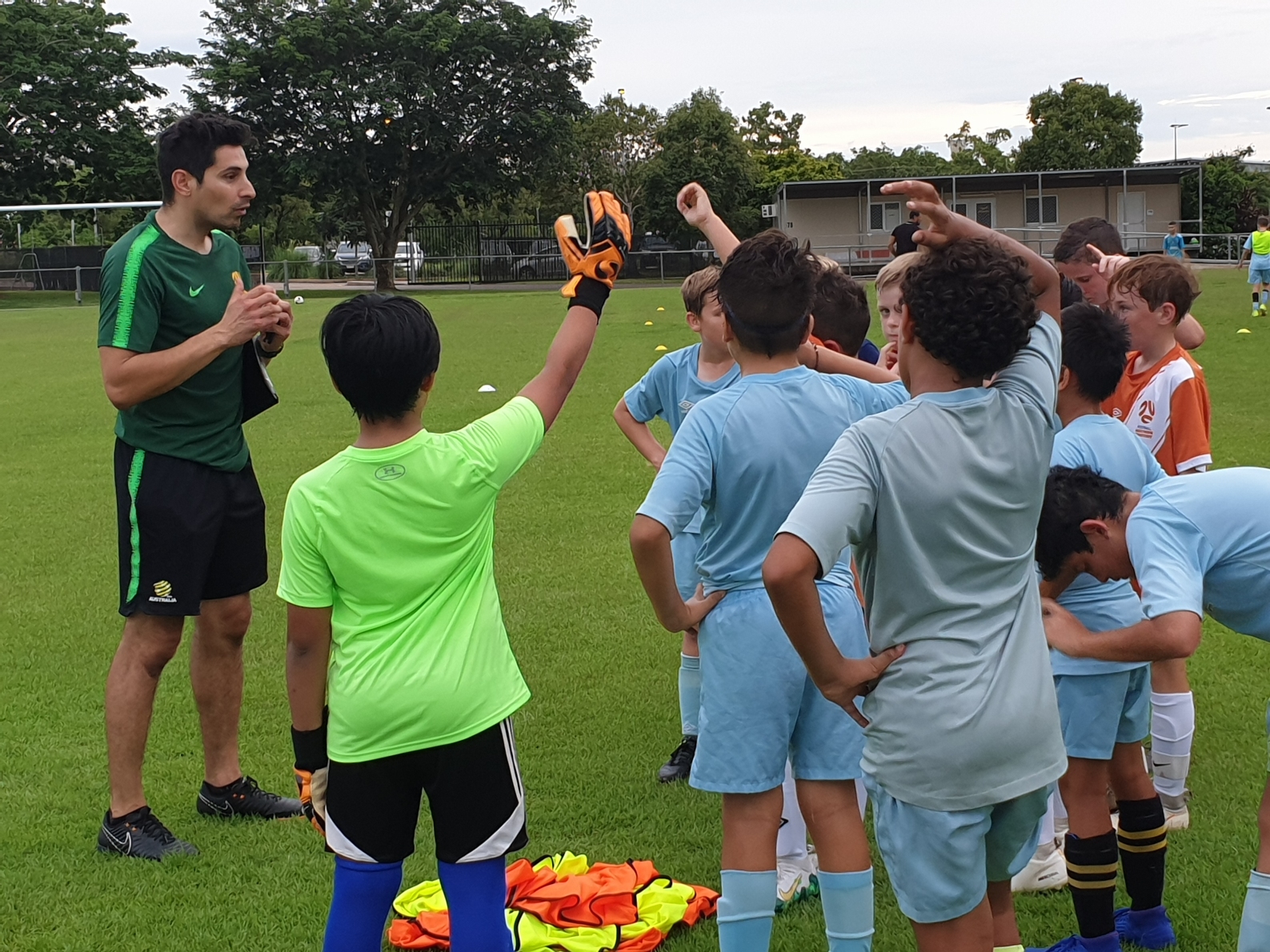 The FFA's national roadshow helps Grima showcase the alternative SAP GIG methodology of coaching which focuses on the development of four core skills:

Grima says the children, parents and coaches who took part in the clinics in Darwin, Alice Springs and Woolianna participated with enjoyment and enthusiasm as they learned more about the game in a fun, engaging way.

"We have done a national roadshow, to showcase this alternative methodology," Grima said.

"It’s been very well received, parents like the idea of getting kids to play more games.

"They find the method is simple to follow once they actually attend the workshop.

"The reality is a lot of them are parent coaches.

"What they like is the kids are playing games, and what they’ve noticed from the sessions is that intensity is higher, which is important for us.

"And that kids are having fun." 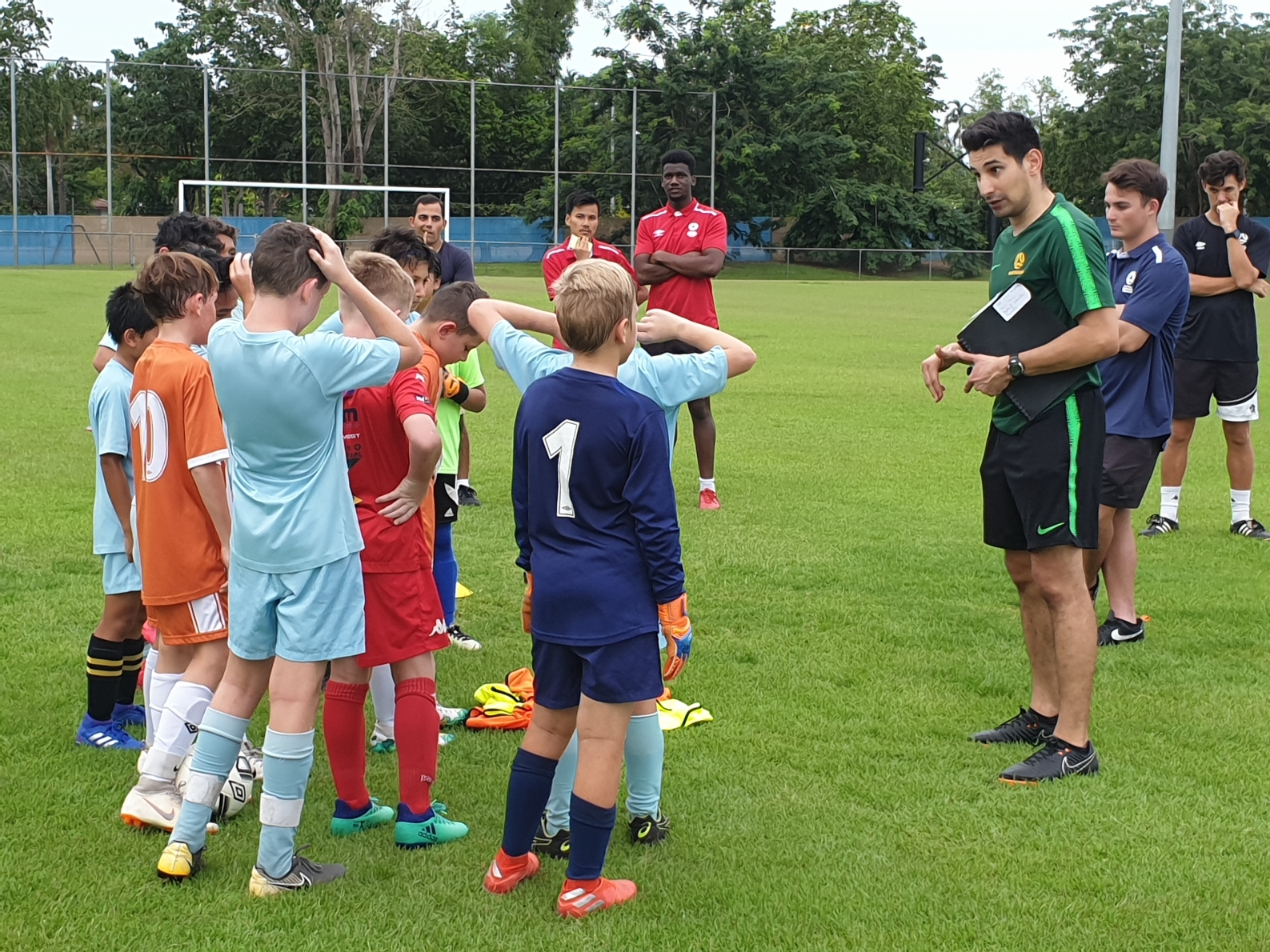 As Grima travelled through the Northern Territory teaching the SAP GIG methodology, no experience stuck out more in the memory than his visit to Woolianna, home to a remote Indigenous community.

"Part of my trip was to go to Woolianna which is a remote area in the Northern Territory, a three hour drive from Darwin," Grima said.

"For me, going to Woolianna was a true outback experience.

"I’m not joking, we actually had to stop [driving] to give way to a buffalo, that’s how remote we were talking about.

"We literally just had to wait for this buffalo to decide to stop sun tanning and go into the outback.

"We went on gravel roads, we couldn’t use a GPS, it was true, raw Australia.

"When I went to Woolianna we had 22 kids, and 20 of them were Indigenous... they were all bare foot, and they loved it.

"First and foremost they thoroughly enjoyed it, and they were really grateful that we serviced them."